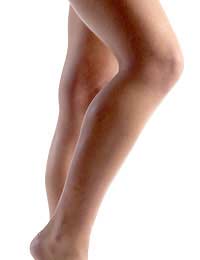 A few studies have been performed to find out the hair re-growth rates after electrolysis but, no conclusive evidence has come forward.

Most people do experience some re-growth after the initial sessions of electrolysis, but, most of this comprises of hairs that were not removed by electrolysis earlier as they were not in the right phase of the growth cycle. After a year of treatment, maximum patients report no re-growth of hair.

Partial to full hair re-growth does occur in a number of cases. Re-growth rates are variable, depending on a number of factors and varying from person to person. Some of the factors on which re-growth after electrolysis depends, are:

Skill and Expertise of the Electrolysis Professional

The expertise of your electrolysis professional is one of the most important factors determining hair re-growth after electrolysis. A good electrolysis job requires a precise insertion of the needle into the base of the hair follicle, and an accurate strength and duration of current to be passed. Even a minor deviation from the correct procedure can result in inadequate destruction of the hair follicle, which would cause recurrent re-growth of hair.

It is considered that shaving body hair 4-5 days before an electrolysis session ensures that the hairs are in the right phase of the growth cycle for electrolysis to be effective.

Quality and Type of Hair

Electrolysis works best and fastest on fine hair. Coarse, thick and curly hairs take longer and require greater number of treatment sessions to be removed. Also, even on removal, these hairs may have more chances of re-growth due to greater strength of the hair follicles, which are not easily destroyed by normal duration and strength of current used.

In general, the more frequent the electrolysis sessions, the better the chances of achieving a more complete and permanent hair removal without re-growth. Frequent treatments further weaken any new re-growth after electrolysis, so that hairs become very fragile and are not able to regain enough strength to grow again.

People who suffer from medical conditions, like a hormonal imbalance causing excessive hair growth or hirsutism, may not find electrolysis effective as a permanent method of hair removal as they will observe significant re-growth of hair even after electrolysis, until their underlying condition is adequately treated. They should consult their doctor and their electrologist for appropriate guidance and treatment.

Other Methods of Hair Removal Used in the Past

Responsiveness of the Individual

Electrolysis is known for its efficacy in the arena of permanent hair removal, particularly if performed by a competent electrolysis professional. Most of the hair re-growth that people experience is usually temporary and after a year or more of hair removal by electrolysis, only a very small percentage of patients still observe hair re-growth, which is mainly due to non-responsiveness or any underlying medical condition in the individual.

Impact of Electrolysis on the Skin

Finding a Professional for Electrolysis