Home > Tips for Men > How to Groom Sideburns

How to Groom Sideburns 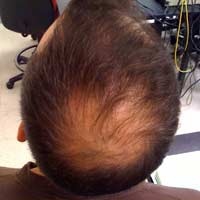 During the 1960s, facial hair was frowned upon by many people as it signified that the wearer advocated free love and a liberal attitude toward life. These days, many men sport facial hair without worrying about what it may or may not signify, seeing it simply as a style statement.

For men who want to steer clear of beards and moustaches but still want a bit of facial hair, the best way to go might be to sport a pair of well-groomed sideburns. While some men wear them to connect up a beard and/or moustache, others wear them completely on their own.

Top 5 Steps to a Good Trim

The key to having good-looking sideburns, no matter what style you choose, is to have them well-trimmed. Here’s a quick guide to getting the look you want:

Sideburns follow the natural pattern of hair growth on your face, but you can trim them into any shape or pattern your growth pattern will allow. Usually a short haircut means shorter sideburns while a longer cut means longer ones, but that’s not always the case.

Some unusual types of sideburns include:

Note: Some men choose to have longer sideburns in an attempt to look younger (think actor Charlie Sheen, or Elvis in his later years). The rationale behind this might be that some sideburns, when trimmed in a certain way, can make the face look thinner and therefore younger.

Sporting a set of well-groomed sideburns is a must for men who want to appear professional and well-coiffed. Sideburns can come in all lengths and styles, and it’s important to consider your haircut when deciding which type of sideburns is most flattering for you.

Keep in mind that having the right tools is the key to success when trimming sideburns neatly, and that an electric trimmer will have a guard preventing you from cutting off half a sideburn by accident, giving you complete peace of mind.

When You Should Avoid Waxing