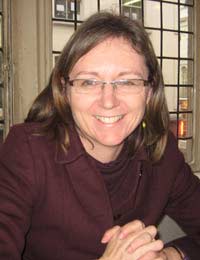 One of the most helpful tips Lynley Benbetka learned when visiting her husband's family in Algeria was how to do sugaring, a method of hair removal that can be prepared with simple household items such as molasses, lemon juice and sugar.

“I tried it because I had seen my in-laws in Algeria do it, and it seemed easy,” says Lynley, 41, a stay-at-home mum of three who lives in London.

“They make a paste out of sugar water and lemon juice, and while I only do my legs they do their arms and faces as well.

“It doesn't hurt at all. I've had my eyebrows waxed, and that hurt a lot more!”

When Lynley came home from Algeria, she thought she'd give sugaring a try. “All Arab women do it, they make their own brew and have fantastic results,” she says.

“But as I don't know how exactly they prepare it, I bought a tub of sugaring hair removal from a beauty shop.

“It's made from sugar water and sandalwood oils and is kind of like a wax itself, all gooey and like caramel. It actually smells quite good, like burnt sugar.

“You put the whole tub, with the lid on, in a jug of freshly boiled water. You leave it there until it's softened, about 15 minutes, and then treat it the same way you would a wax.

“Then you put it on with a spatula onto your leg, apply a strip of muslin and pull it off against the growth, in the opposite direction of the growth of the hair.”

Lynley says she prefers sugaring to waxing because she can do it herself – and the cost is therefore significantly less. One tub costs about £6 and is good for two half-leg waxes, while the muslins can be washed.

“I have a packet of them, and I just wash them out and reuse them. Unlike when you wax, I can just put them in hot water to get most of the stuff out, and then put them in the washing machine. It all just dissolves as it's only sugar.

“Getting my legs waxed is too expensive. Sometimes in the winter I just shave, but I like the effects of sugaring and how long it lasts more.

“Doing it once will do for a whole holiday. I do it on and off throughout the year, especially if I am going away for a summer holiday. In winter I am in jeans and tights so I don't do it so often.”

Lynley admits that doing a DIY sugaring was a bit tricky the first time. “I wasn't really familiar with what I was doing, it was completely different, but now it's really straightforward,” she says.

“The trick is to get the right amount of sugaring - not too much - on each time and to make sure to make the size of the sugaring slightly smaller than the strips of muslin.

“I would recommend it to anyone as it lasts so long and it's easy!”

She reassures women who think the potential pain might put them off that it's a lot less painful than waxing. The sugaring does not actually stick to the skin, like wax does, and it never gets very hot.

“You are not putting it on the cooker or anything, you just leave it inside a jug of water for 15 minutes. How hot is a cup of tea after 15 minutes? Not very.”