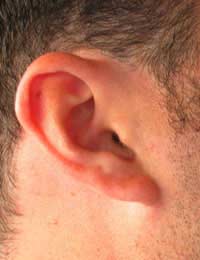 For men, a sure sign of ageing is tell-tale tufts of hair sprouting from nostrils and ears. Nothing can put a woman off more than these little hairy bunches or that rogue nose hair growing out from a nostril. They prove that not only is a man getting older, but also that he is poorly groomed.

Men start to get long hairs protruding from their nose when the female hormones begin to taper off, making the male hormones more plentiful. That means that for just about every man, nose hair – at least someday – will be an inevitable part of life.

Luckily, there are several easy ways to keep both ear tufts and those nasty nose hairs at bay, and they don’t cost the earth. They can, however, be a bit painful – but you’ll get used to it!

If you are on the market for a good hair trimmer, this is what to look out for:

It’s estimated that nose hair can grow at a rate of one centimetre per month, much like the hair on the rest of your head. So the next time somebody tells you to comb your nose, you’ll know it’s time to take action.

Keeping your nose and ears hairless is not really an art, but it can take some practice. With time, trimming your nose and/or ear hair will become part of your regular grooming routine. It’s all part of reaching middle-age!

When You Should Avoid Waxing